What if I don’t have an address or warehouse in a given state?

First things first: you're only required to collect sales taxes from customers who live in the states where you have nexus.

You automatically have nexus in your home state and the most common causes for nexus in other states are:

What should I list as my Address of Nexus in my State settings? 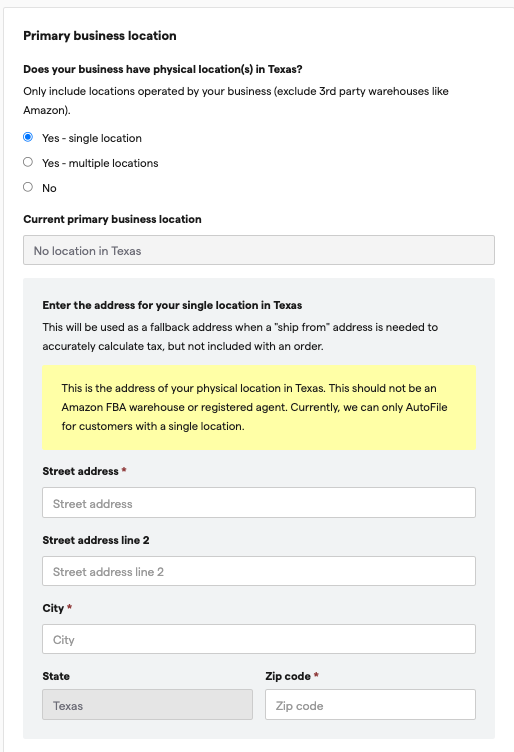 A) You sell via FBA:

B) You sell via FBA but you also have a physical location in the state other than inventory in an Amazon warehouse:

C) You do not sell via FBA but you have a physical presence in the state that creates nexus:

D) You have nexus in the state that is not due to FBA inventory and you don't have a permanent physical address in a state:

E) You have economic nexus in the state: